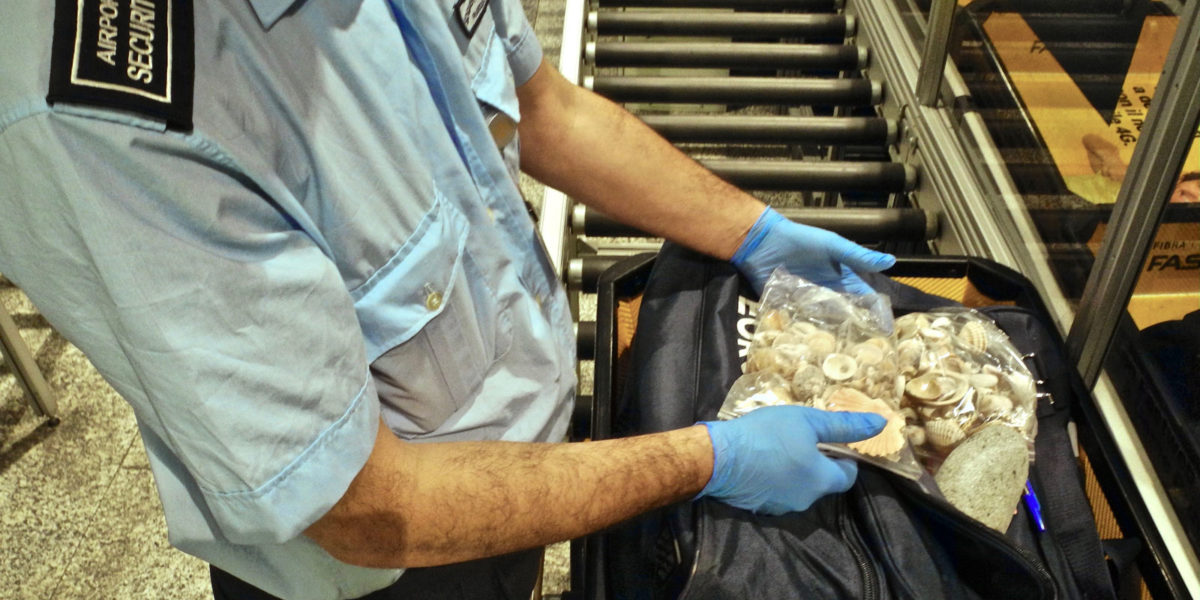 So far, tonnes of sand, pebbles, and shells stolen by tourists have been confiscated at the three main Sardinia’s airports. At Cagliari-Elmas, SOGAER SECURITY Staff regularly checks tourists’ luggage for consignments of sand, according to prior agreement with Sardinian Forest Service and Italian Civil Aviation Authority (ENAC).
Security procedure and theft control at Cagliari airport have been reinforced following the tourism regulation issued by Regione Sardegna. The second clause of Article 40 states that sand theft is illegal, and sand thieves are now being warned that they could be fined anywhere from €500 to €3,000 if they are caught with sand, pebbles or shells taken from Sardinia’s beaches without a previously issued authorisation. 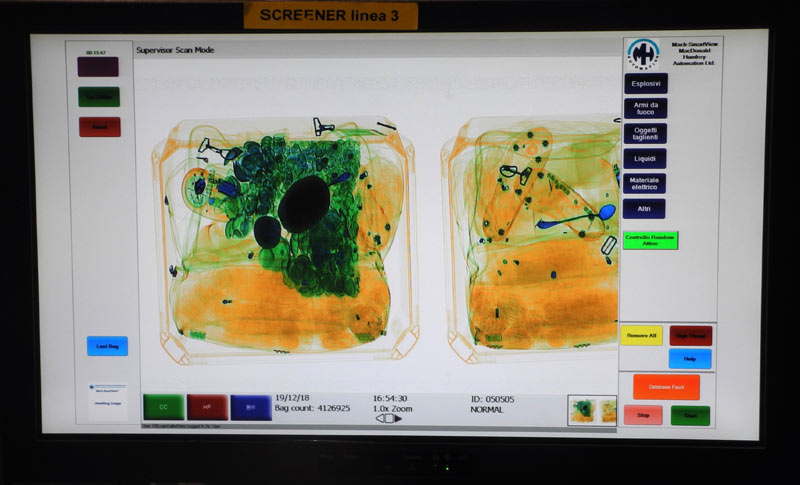 However, the huge amount of beach materials confiscated by SOGAER Security last summer show that fines do not seem to be an effective deterrent. Many tourists still defend themselves by saying that they did not know it was illegal and they just wanted a souvenir.
Statements of this kind can no longer be accepted since the aforementioned regulation has come to have legal force, and preventive measures have been taken (e.g. prohibitions signs on the beaches, information campaigns, and awareness raising project launched by both Forest Service and WWF).
Therefore, zero tolerance at Cagliari airport, where the intensification of surveillance has been extolled by the institutions involved. SOGAER Security members have been praised for the role played in safeguarding the natural heritage of Sardinia.

This site uses cookies to improve your experience while browsing the site. Of these, the cookies classified as necessary are stored in your browser as they are essential for the functioning of the basic functionality of the website. We also use third party cookies that help us analyze and understand how you use this website. These cookies will be stored in your browser only with your consent. You also have the option to disable these cookies. But disabling some of these cookies may affect your browsing experience.
Necessary Always Enabled
Necessary cookies are absolutely essential for the website to function properly. This category only includes cookies that ensures basic functionalities and security features of the website. These cookies do not store any personal information.
Functional
Functional cookies help to perform certain functionalities like sharing the content of the website on social media platforms, collect feedbacks, and other third-party features.
Analytics
Analytical cookies are used to understand how visitors interact with the website. These cookies help provide information on metrics the number of visitors, bounce rate, traffic source, etc.
Others
Other uncategorized cookies are those that are being analyzed and have not been classified into a category as yet.
SAVE & ACCEPT
Powered by