Cagliari in the forefront of Airport Security 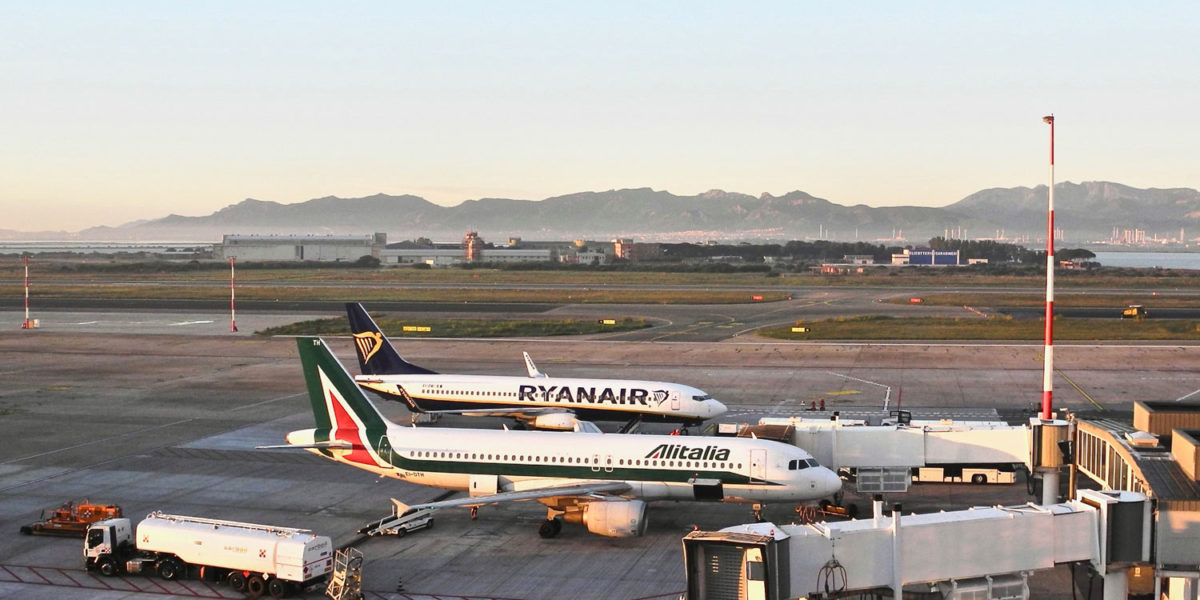 Another positive outcome for Cagliari airport management company. Passenger traffic continues to rise, thus showing a positive tourism trend, but on the other side of the coin there is the increase of airport security responsibility.
From January to August there was a 4.8% rise in passenger traffic, as compared to the same period of the previous year: comforting data picturing new scenarios for local tourism boost.
Such an outcome looks like a reward for the development strategies adopted by SOGAER, Cagliari airport management company, aiming to give greater recognition to Southern Sardinia within the international tourism industry.
Cagliari-Elmas is becoming an important hub for connecting flights throughout Europe, and this requires a lot of responsibility: it is true that since 2017 no terrorist attack has taken place in Europe, but the threat is still high. Therefore, every airport should be considered as a strategic tile for information exchange and cooperation among member states in the field of counter-terrorism.
In such a context, SOGAER Security role is of the utmost importance. Thanks to both an efficient surveillance system and highly qualified staff, Cagliari airport security company ensures the continuous monitoring of traffic to prevent attacks and illicit activities.
SOGAER has scheduled to invest in new technologies in the next four years, aiming to ameliorate and boost security services, because safety plays a leading role when promotion of local tourism is intended.
Security measures should begin before you arrive at the airport.
By now, every traveller, be they frequent or not, should be aware of the stringent laws concerning airport security, and yet lots of unprepared passengers show themselves at the security check, thus causing long queues and frustration. Security staff members have their say.
Many passengers think that security procedures are redundant, and the only visible outcome is an endless queue before departure. According to their point of view, it is no longer necessary to maintain a high level of vigilance against terrorist threats, but nothing could be further from the truth.
More than 17 years have passed since the tragedy of 9/11, which left a mark on the Western world, but the airport security continues to be a matter of the utmost importance.
Since then, every State has established specific procedures to protect citizens’ safety and freedom of movement by monitoring sensitive locations, especially the airports.
Airports have invested in new infrastructure and high technologies to increase the efficiency of security screening while reducing wait times. Thanks to these improvements passengers feel safer, as the growth of air traffic shows, and this concerns Cagliari airport too.
A boost in passengers traffic implies greater effort in security screening, since thousands of travellers must be checked. This could mean longer wait times, but queues can be reduced thanks to several practical expedients that can be applied at home.
Tips to speed up security screening: put metal items in hand luggage when possible, or choose those that are easily removable; avoid shoes with metal parts; put your liquids in a plastic bag (click HERE for further information) and place it in an easily reachable pocket, to be readily and separately checked.
By doing so, the security staff will manage to speed up the screening procedure, with joint benefit.

This site uses cookies to improve your experience while browsing the site. Of these, the cookies classified as necessary are stored in your browser as they are essential for the functioning of the basic functionality of the website. We also use third party cookies that help us analyze and understand how you use this website. These cookies will be stored in your browser only with your consent. You also have the option to disable these cookies. But disabling some of these cookies may affect your browsing experience.
Necessary Always Enabled
Necessary cookies are absolutely essential for the website to function properly. This category only includes cookies that ensures basic functionalities and security features of the website. These cookies do not store any personal information.
Functional
Functional cookies help to perform certain functionalities like sharing the content of the website on social media platforms, collect feedbacks, and other third-party features.
Analytics
Analytical cookies are used to understand how visitors interact with the website. These cookies help provide information on metrics the number of visitors, bounce rate, traffic source, etc.
Others
Other uncategorized cookies are those that are being analyzed and have not been classified into a category as yet.
SAVE & ACCEPT
Powered by